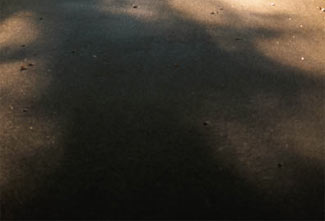 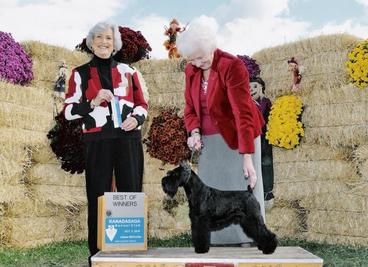 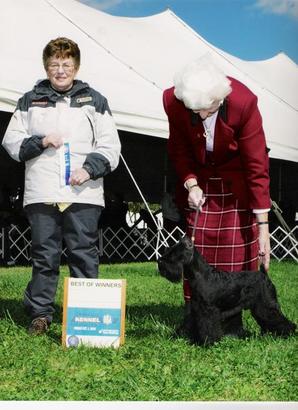 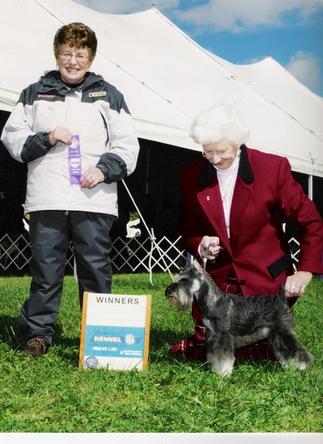 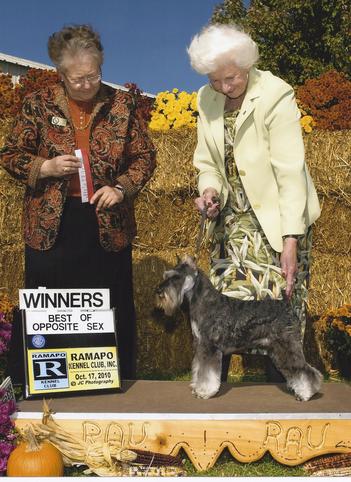 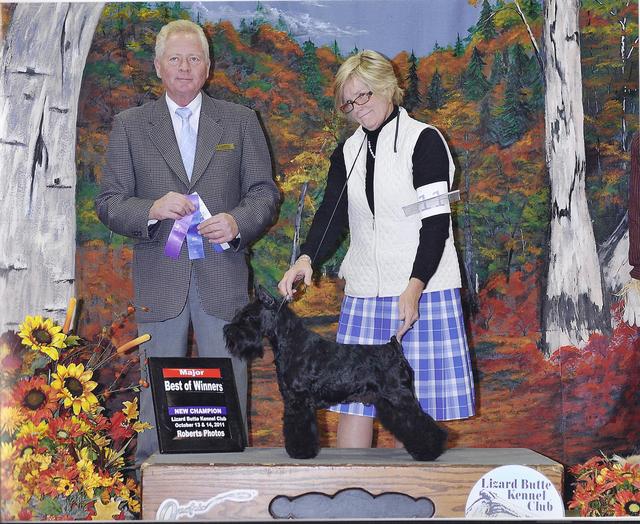 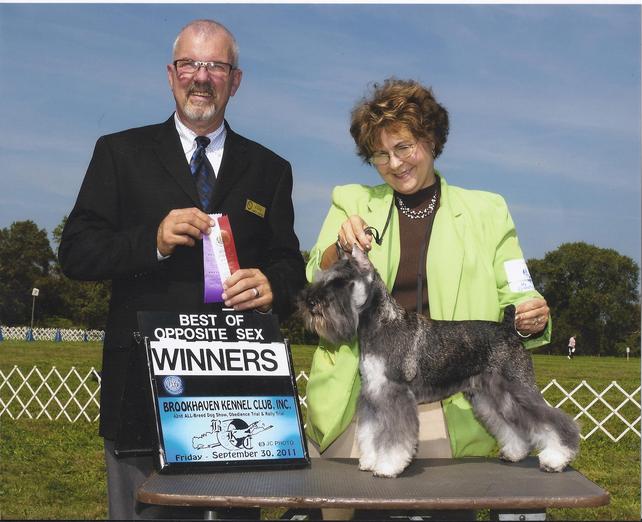 Ch. Stadtler What Do You Mean By No?
"Dani"
Shown by Carol Ann Meitzler
for her last single point achieved her first show at Brookhaven Kennel Club on Long Island, New York.
.
Ch. Stadtler's Black By Popular Demand
Thanks Carma for finishing our special boy! 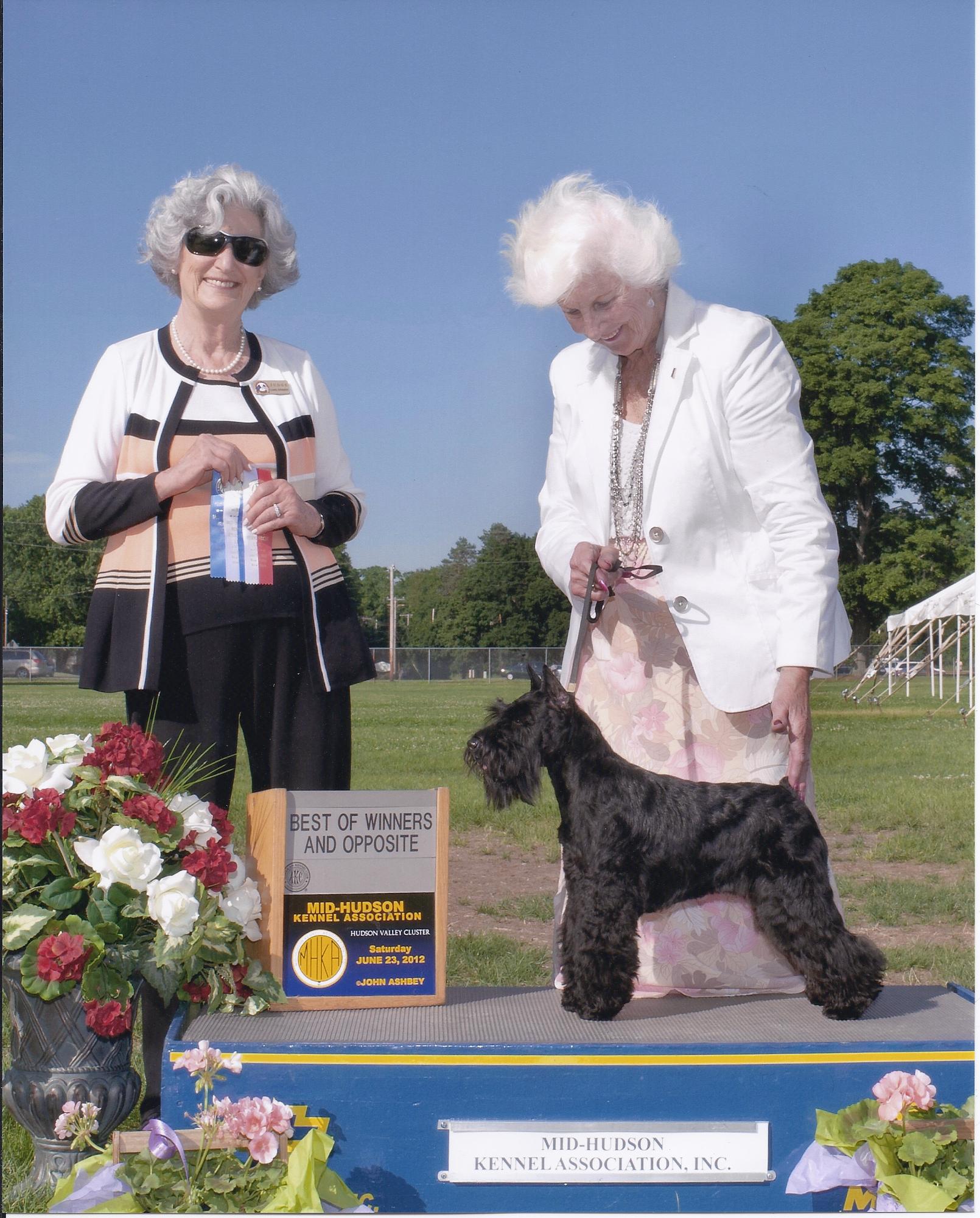 After pulling Fallon home from her handler after three weekends and nothing I asked Joan Huber if I could bring her with me when I visited for another reason.  She said sure and that she would take her into the ring for me.  Fallon got two points this weekend, BOS one day and BOW/BOS the last day at Mid-Hudson Kennel Club.  I was prepared to take her in myself.  They loved her!  What's not to love, she's beeeautiful!
That's my baby's baby! 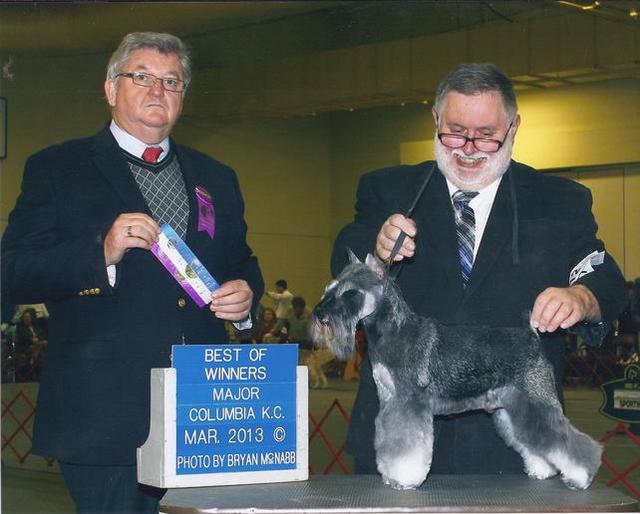 Dani's first major with Kurt Garmaker at Columbia KC in Concord, NC.  She got a 3 point major under
Mr. Robert L.T.L. Dawson on Friday March 29, 2013.  Her second major was a 4 point major on Thursday April 11, 2013 under Mrs. Houston (Toddie) Clark.  She was up against 16 bitches and not only got Winners bitches, but also got Best of Winners!  That's my baby girl!!! 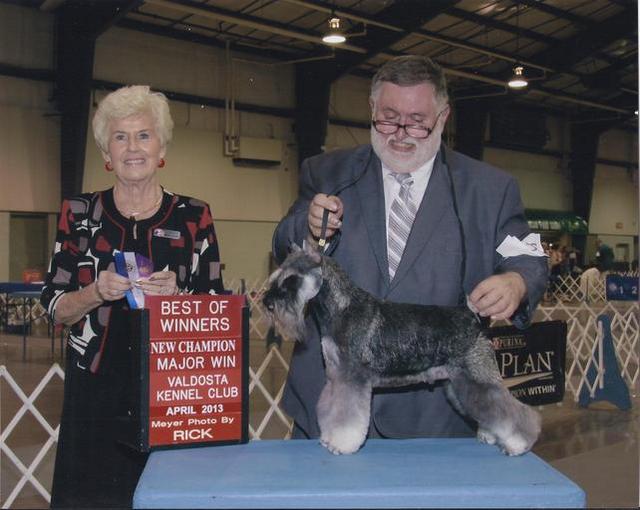 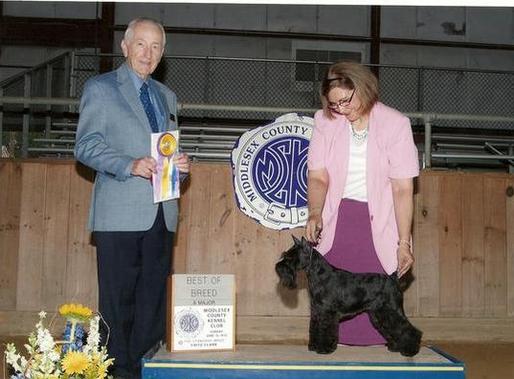 Fallon is shown in these two photos getting her majors in Topsfield, MA on Saturday and Sunday.  She walked away with BOB and BOW for a 5 point major and a 3 point major respectively.  Thank You to Carol Meitzler and these two judges who saw she was the best! 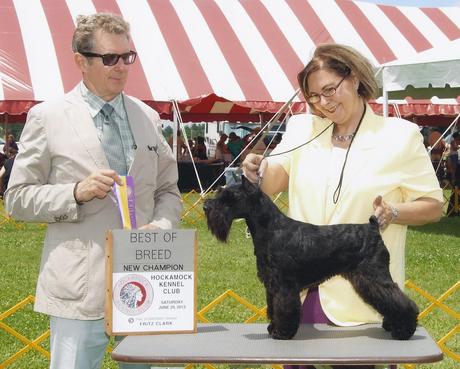 CH.Stadtler She's Full Of Hulla-Ba-Loo was ranked #7 among solid blacks for 2013!!!
Fallon's 5th Best of Breed and Championship photo
Dani at Brookhaven KC. 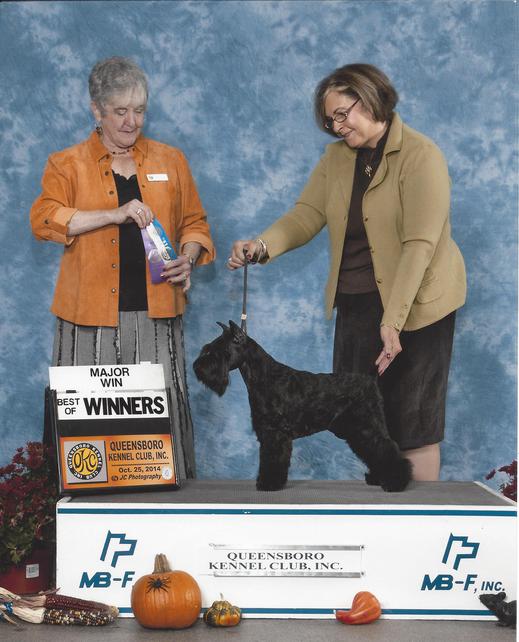 Our new boy Finn (Stadtler's Causing Kaos Everywhere) was out for fun and experience fall 2014.  He was just six months old in these photos where he got a single and a 4 point major (1/3 of his championship points)!  He returned to the ring in spring 2015 and walked away with 2 additional majors and finished his AKC Championship!
Finn is Fallon's son with Stalker and is owned by Heidi Walker of Whispering Pines Miniature Schnauzers in Pennsylvania.
Thank You Carol and Ron! 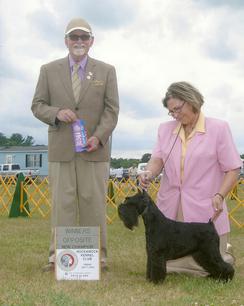 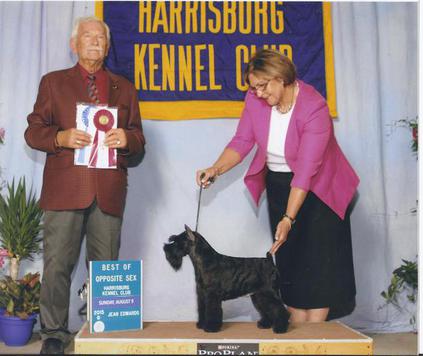 Girlie-Girl in Massachusetts for her first of two majors and in Harrisburg, PA.
Thank you to Carol and Ron Meitzler for all your help with Bonnie and my girl!
Girlie will finish her last 5 singles in March 2016.
Her half-sister Fiona (Finn's litter mate will enter the ring 1 month after Girlie to get her AKC championship!